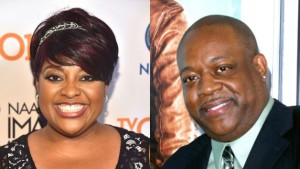 Today the Supreme Court of Pennsylvania denied Sherri Shepherd’s Petition for Allowance of Appeal, where she was requesting that the high court review the landmark ruling in the case of Baby S., and 2015 Pa Super. 244, upholding a May 2015 trial court case that held for the first time that a gestational surrogacy contract is valid and enforceable in the Commonwealth of Pennsylvania. Jerner Law Group, P.C. represented the father of Baby S., Lamar Sally, and successfully argued for the Court to uphold the contract.

The Baby S. case came about in the summer of 2014, when Sherri Shepherd filed court papers seeking to invalidate the gestational surrogacy contract that she entered into with her husband Lamar Sally and a gestational carrier residing in Pennsylvania. The contract named Sherri and Lamar as the legal parents of any child conceived (referred to in court papers as “Baby S.”) through the gestational surrogacy arrangement. Lamar and Sherri separated prior to the birth of the baby, and Sherri initiated a court battle to disclaim her parentage to the child. After a 2-day trial, the Honorable Judge Ott in Montgomery County Pennsylvania issued a decision finding that the gestational carrier contract entered into was legally enforceable under Pennsylvania law and that Sherri was the legal mother to Baby S. The unanimous decision on November 23, 2015 from a 3-judge panel of the Superior Court upheld and affirmed Judge Ott’s decision. In December 2015, Sherri filed a Petition for Allowance of Appeal asking the Pennsylvania Supreme Court to review the case. Today, the Pennsylvania Supreme Court has issued an Order denying her request to review the Superior Court’s decision. This means the Superior Court decision stands and will not be overturned. This was her last avenue for appeal.

“After numerous court battles over the past two years, I am glad this case is finally over and that the ruling that Sherri is the legal mother to our son will stand. Now I can fully focus on raising my son,” said Lamar Sally.

Pennsylvania does not have any statutes addressing assisted reproductive technology and the Superior Court case was the first appellate court decision in Pennsylvania to directly address the question of the enforceability of a gestational carrier contract.