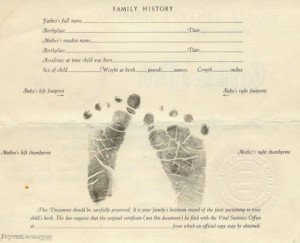 Am I a parent?

If you and your spouse are using assisted reproduction to conceive and only one of you has a genetic connection to the child (for example, if you used an egg donor or sperm donor), will you both have full legal parental rights, recognized by all states? The simple answer is "no".

Laws surrounding legal parentage are incredibly complex. This is, in large part, because parental rights come from state laws which vary widely from state to state. And this complexity is compounded by advances in assisted reproduction that always seem to outpace the legal system.

Given this complexity, it is understandable many non-lawyers (and even many lawyers) mistakenly believe that any child born during a marriage will be considered the legal child of both spouses in all states.

Mistake #1: Relying on a Birth Certificate

Mistake #2: Relying on the Marital Presumption

Many people are also under the mistaken belief that both spouses are the legal parents of any child born during a marriage. While some states recognize a “marital presumption” that a non-genetically related spouse is a legal parent to a child, other states do not have this presumption or do not apply it to children conceived through assisted reproduction. And even if a state does recognize a “marital presumption,” it is just that – a presumption. In the law a "presumption" is a legal assumption that can be challenged with evidence that disproves the assumption.

Under Pennsylvania law there is a marital presumption that a child born during a marriage is the child of both spouses. However, the presumption may be challenged when a relationship is no longer intact or if proof is presented that one of the parents does not have genetic connection to the child. This evidence can take the form of a DNA test or evidence that a spouse was not physically capable of contributing genetic material to create the child.  Because there has not yet been a published appellate court decision in the context of same-sex spouses, or a decision dealing with parental rights regarding a child conceived through assisted reproduction, it remains to be seen if Pennsylvania courts will even apply the presumption in these situations.

As the law now stands, the best that can be hoped for is that a marital presumption, a legal assumption that can be invalidated with evidence that one parent is not genetically related to the child, will apply. When it comes to securing your parental rights to your child, does relying on the marital presumption alone make sense?

To be certain that you are BOTH deemed to be legal parents, it is critical to take certain steps to secure each of your parental rights, permanently.

The Best Protection: Secure your Status as a Legal Parent with Court Orders of Legal Parentage and Adoption Decrees

A court order determining parentage or an adoption decree are two types of court orders that constitute conclusive determinations of legal parentage.

A court order securing the parental rights of a non-genetic parent can be obtained, whether or not the non-genetic parent's name is already on the child’s birth certificate. This can be filed as a Petition to Confirm Parental Rights via Adoption, a Stepparent Adoption or a Parentage Order depending on the state or county where you live. The U.S. Supreme Court's decision on March 7, 2016, V.L. v. E.L. [http://www.supremecourt.gov/opinions/15pdf/15-648_d18e.pdf] makes clear that such an order will be given “full faith and credit” under the United States Constitution, meaning it will be recognized in all 50 states.

A court order or adoption decree is, quite simply, the only way to guarantee that the law will recognize the parental rights of both spouses in all states.